Setting A Course For Recovery 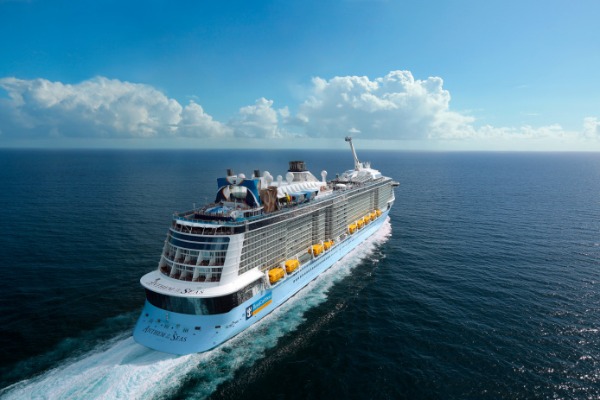 GlobalData says that the decision by the Centers for Disease Control and Prevention (CDC) to award Royal Caribbean’s Celebrity Cruises Celebrity Edge vessel a ‘conditional sailing certificate’ signals a key point for cruise tourism recovery, as it is the first big cruise liner to have one of its ships set sail from the US in over a year.

The data and analysis company said that short-term, there are still headwinds such as having efficient safety protocols in place, but this still offers hope for leading US cruise operators to safely resume operations.

GlobalData travel & tourism analyst, Johanna Bonhill-Smith pointed out that: “Americans are avid cruisers, with GlobalData’s Q3 2019 consumer survey finding that 24% of US respondents typically take a cruise holiday, higher than the global average (15%). Cruises will continue to be in high demand in the US, as these trips allow Americans to visit multiple places in one voyage, which makes it an effective form of traveling for this market.”

It also notes that part of the CDC’s order for resuming cruises is for ‘simulated voyages’, where volunteer passengers can stay for at least three days and two nights replicating a normal cruise with only 10% of normal passenger capacity, acting as a form of test.

Before Royal Caribbean was given a conditional sailing certificate for highly vaccinated cruises, it planned to operate a ‘simulator voyage.’ Over 250,000 volunteered to take part in the sailing process with the company demonstrating there is clearly high demand amongst US tourists.

As of June 1, the CDC has provisionally approved four requests for test cruises to begin, with another six requests currently ‘under review’, demonstrating processes are underway for US cruise tourism to return safely. Royal Caribbean is currently ahead of the game compared to other US operators.

But GlobalData warns that vaccine skepticism may affect cruise recovery.

It notes that the US currently has one of the highest vaccination rates worldwide (907.5 vaccine doses have been administered per 1,000 people as of June 2, according to GlobalData’s COVID-19 vaccination dashboard), but vaccine skepticism in the country will be a barrier for the rollout of more conditional sailing certificates.

GlobalData’s Poll found that 21% of North American respondents (including the US) declared they do not intend to take a vaccine, which could further damage cruise uptake.

Said Bonhill-Smith: “Some cruise operators have stated that vaccination will be necessary for passengers to travel safely going forward, while others have stated a negative test will suffice. However, to achieve a conditional sailing certificate issued by the CDC in the US, vaccination is a primary driver. This suggests that while there remains a long recovery period for US cruise operators, there is hope on the horizon for an industry whose prospects have continuously been labeled as ‘bleak’ throughout this pandemic.”

Go to www.globaldata.com for more.