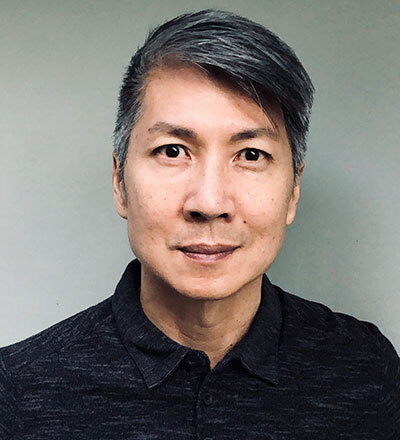 Jason Ma wrote the book, lyrics, and music for Gold Mountain, which the Utah Shakespeare Festival will be premiering at the West Valley Performing Arts Center on November 4. The son of an immigrant family, Ma wrote this play as an “attempt to reframe, refocus, and widen this particular shot” of the building of the Transcontinental Railroad, which Asian Americans played a huge role in. For more information on Ma, visit goldmountainthemusical.com/writer.

The Utah Shakespeare Festival: We see that this play is a tribute to your Chinese culture, and you talked about two specific stories (your mother looking forward to a glass of orange juice in the morning and your father and cousin being questioned at Angel Island as teenagers) did you interview family members or dig more into your ancestor’s stories as you wrote this play? Are there any other stories that stick out to you?

Jason Ma: Although my family’s names have been incorporated into Gold Mountain, the story itself came to me in an unexpected manner. The initial impulse came from who-knows-where in the middle of a show, while I was waiting between scenes, and I wasn’t actually looking to write anything at the time. A lyric/melody fragment started cycling in my head and then, the person singing this snippet began to let me know who he was. By the end of the next day, the first draft of what turned out to be a middle-of-the-show love duet “Your Eyes” was finished, and the world, the characters, the themes, and the plot that surrounded this song all fell in line in the next months after that initial encounter.

The Festival: What was the hardest part of writing this play/researching, etc.?

Ma: Writing the first draft was fast. After that initial blast of inspiration, I spent the rest of that summer walking the streets of New York City, writing all day, and then going to the theatre to perform at night. Every spare moment was spent working on composing and writing the show. By fall, I had the first draft. The research was often done after the initial writing of a scene. I would finish something and then think, “Is that right? Could that happen?!” Luckily, I was usually on foot, so I’d head to the library, and do some fact checking.

Ma: I’ve acted in Miss Saigon, Flower Drum Song, and The King and I, all very worthy/classic pieces of theatre writing, but each of them can be problematic for the Asian communities represented in them, and limiting for the actors performing in them. It’s important that we get to tell our own stories and act in pieces written by people from our own communities. My past decades as an actor have provided the fuel to write, because as much as I loved playing those roles and other roles that were not specifically Asian, or being cast in “colorblind” productions of classics, I still craved roles and representation that spoke to the specific kind of humanity and soulfulness of Asian human beings, something that Asian writers are uniquely suited to bring into light. It’s important that we add to the canon, and there are many AAPI [Asian American Pacific Islander] writers who are trying to do just that.

The Festival: You said because the Festival has one of the best reputations for producing theatre, you were excited to partner, but why else did you decide to partner with the Festival? How did that happen?

Ma: Frank Mack came to one of our Spike150 concert performances in 2019. He reached out to the executive producer of that concert, Max Chang; and Max arranged for us to meet and talk. Next thing I knew, I was in Cedar City being warmly greeted by the wonderful [Festival Founder] Fred Adams and then, being given a tour of the facilities and theatres. To be honest, I was blown away. The Festival grounds feel like theatre Nirvana!

The Festival: You noted that Utah is family centered and has an appreciation for the arts, so it’s a great place for the world premiere of Gold Mountain. Is its close proximity to the Sierra Nevada also why you chose Utah? I saw the actor playing Chu attending UNR.

Ma: We didn’t choose Utah. Utah chose us. It is interesting that this has come about twice. We did a big New York concert at The Times Center performance space in Times Square. Apparently, there were folks in the audience who spread the word about this Chinese railroad worker musical, because within weeks I had received an email from the beloved Judge Michael Kwan, who we lost unexpectedly last year. Mike was the president of the Chinese Railroad Workers Descendants Association and invited me to attend their conference in 2018. It was there that I first met Max Chang and where I found out that he wanted to bring Gold Mountain to Utah for the Spike150 celebration. Multiple trips to Salt Lake City and Ogden occurred over the next months, and, as I met more and more Utahns, I came to the realization that it was such a natural home for the show and its themes of family, sacrifice, and community. Combine that with music, storytelling, and history, and you’ve got a show that’s quintessentially Utah.

The Festival: Why did you include a love story? How do you think this contributes to the important message you are trying to convey?

Ma: One of the things that storytelling can do for all of us is activate that beautiful empathetic response that is part of our intrinsic humanity. The love story and many other story elements in the show are there to create empathy and humanize. We all have so much in common, a good story is the best way to reconnect us to each other.

The Festival: Do you think plays like this can help us understand these differences and in today’s world solve some of these pervasive issues such as injustice and inequality?

Ma: I absolutely believe that plays and musicals have the potential to lift us up and help us bridge differences. They are, by their nature, perfect to stir hearts and start thought.

The Festival: As playgoers, what should we watch for in this production that may help us enjoy it and/or understand it more?

Ma: For our play, just let the story take you. This is not an intellectual piece, but one to be experienced with the heart. There will be plenty of time to think after the show.

The Festival: Ali Ewoldt [who is playing Mei] is a world-class talent, and the cast is almost entirely Asian-American. Is there anything special about the actors/cast we should know about?

Ma: This cast and creative team bring decades of Broadway show experience with them. This is a very special gathering of talent, and it is flattering and mind blowing to think that they’ve all made room in their lives to do this show. For this particular production, the main challenge of casting the show has been who to choose from the many talented Asian actors who auditioned for us.

The Festival: What is the lasting statement you hope this play gives the audience?

Ma: What I hope for more than anything is for our audiences to think about the lives and humanity of these migrant laborers that helped build our country, and maybe think about all waves of immigration that have occurred in our history, all the way from the very beginning. Folks from all over, coming to America. That’s what defines us as a country and makes us great.

To purchase tickets to this play, visit wvcarts.org/gold-mountain.

What to do in Bermuda on a cruise