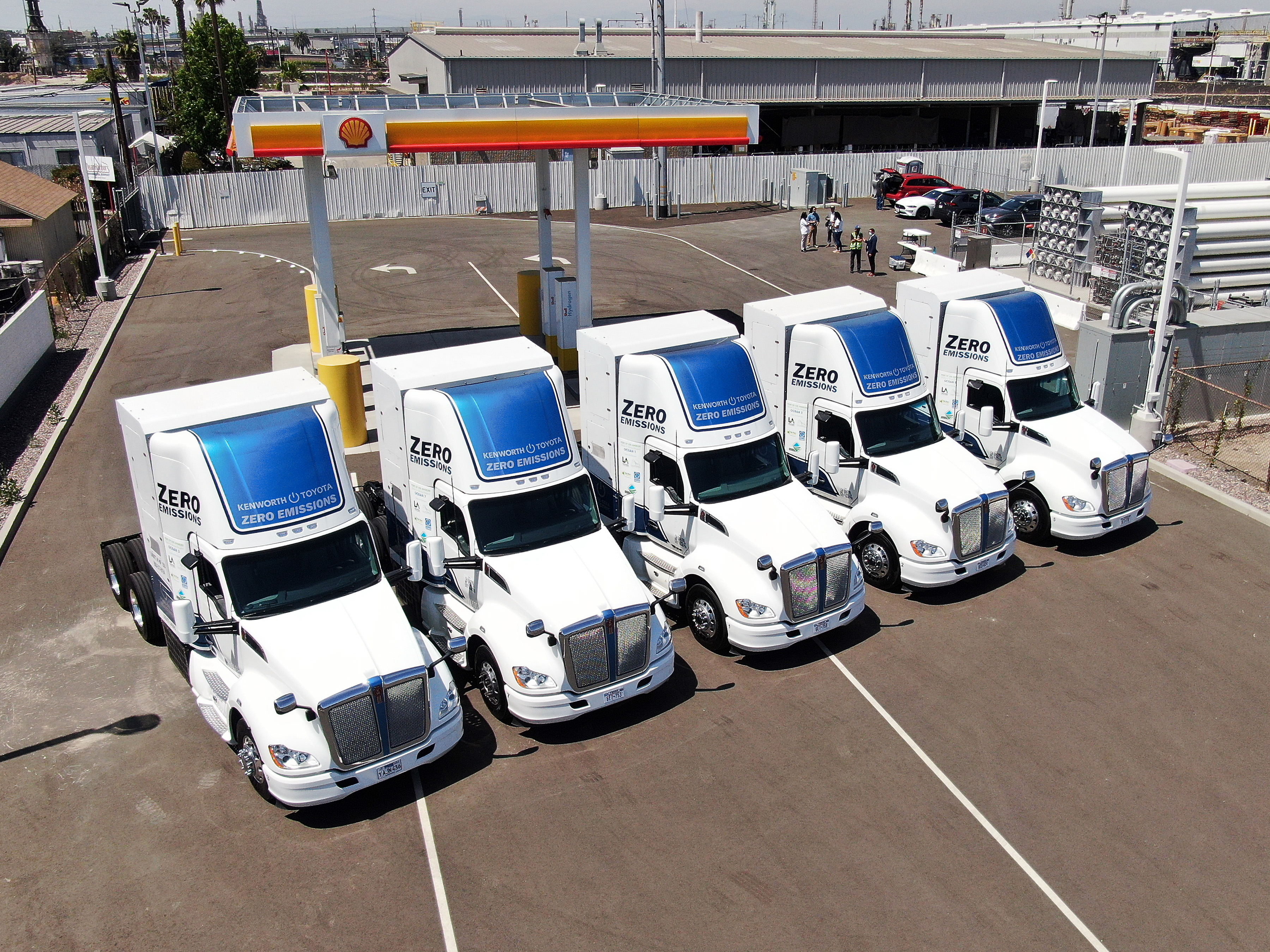 The Port of Los Angeles is testing the next generation of clean trucks and cargo-handling equipment in a “Shore-to-Store” (S2S) project moving cargo from the port to the Inland Empire, officials said this week.

The port and its partners will debut five hydrogen-powered fuel cell electric vehicles (FCEV) and the grand opening of two hydrogen fueling stations as part of a 12-month demonstration of the zero-emissions, Class 8 trucks. The project will be expanded to include five more hydrogen-fueled heavy-duty trucks, two battery-electric yard tractors, and two battery-electric forklifts.

The project builds on the port’s existing clean air and sustainability initiatives and is designed to assess the feasibility of the zero-emissions vehicles in a heavy-duty setting, officials said. It will also expand infrastructure to support the use of hydrogen throughout the region.

“The innovative Shore-to-Store program is helping pave the way toward commercialization of fuel cell electric technology in the transportation sector,” Bob Carter, executive vice president, sales, Toyota Motor North America, said in a statement. “By utilizing this technology, port operators like our own Toyota Logistics Services (TLS) can utilize a zero-emissions and scalable solution for CO2 reductions, which will contribute to cleaner air at the port and the surrounding communities where TLS operates. This is an important milestone in Toyota’s drive toward carbon neutrality.”

The $82.5 million S2S project is part of California Climate Investments, a statewide initiative that uses Cap-and-Trade Program proceeds to help further the state’s climate goals. The California Air Resources Board (CARB) is supporting the project with a matching grant of $41.1 million. Project partners are contributing the remaining $41.4 million in financial and in-kind support.

Trucks used in the project are being run by Toyota Logistics Services, UPS, and trucking companies Total Transportation Services Inc., and Southern Counties Express. Gas and technology firm Air Liquide is participating as a fuel supplier, and the region’s Port of Hueneme is partnering on drayage and will serve as site for testing the zero-emissions yard tractors, officials said.