The first steel has been cut for a new class of Royal Caribbean cruise ship — the Icon Class. Fittingly, the line has revealed that the initial vessel of three on order will be named — drumroll please — Icon of the Seas.

The ceremony was held at Finnish shipyard Meyer Turku, where Royal Caribbean’s first liquefied natural gas-powered ship will be constructed, with its debut scheduled for fall 2023. Two more ships are set to follow in the second quarters of 2025 and 2026, respectively.

Meyer Turku has plenty of experience building Royal Caribbean vessels, having built several, including Allure of the Seas and Oasis of the Seas. 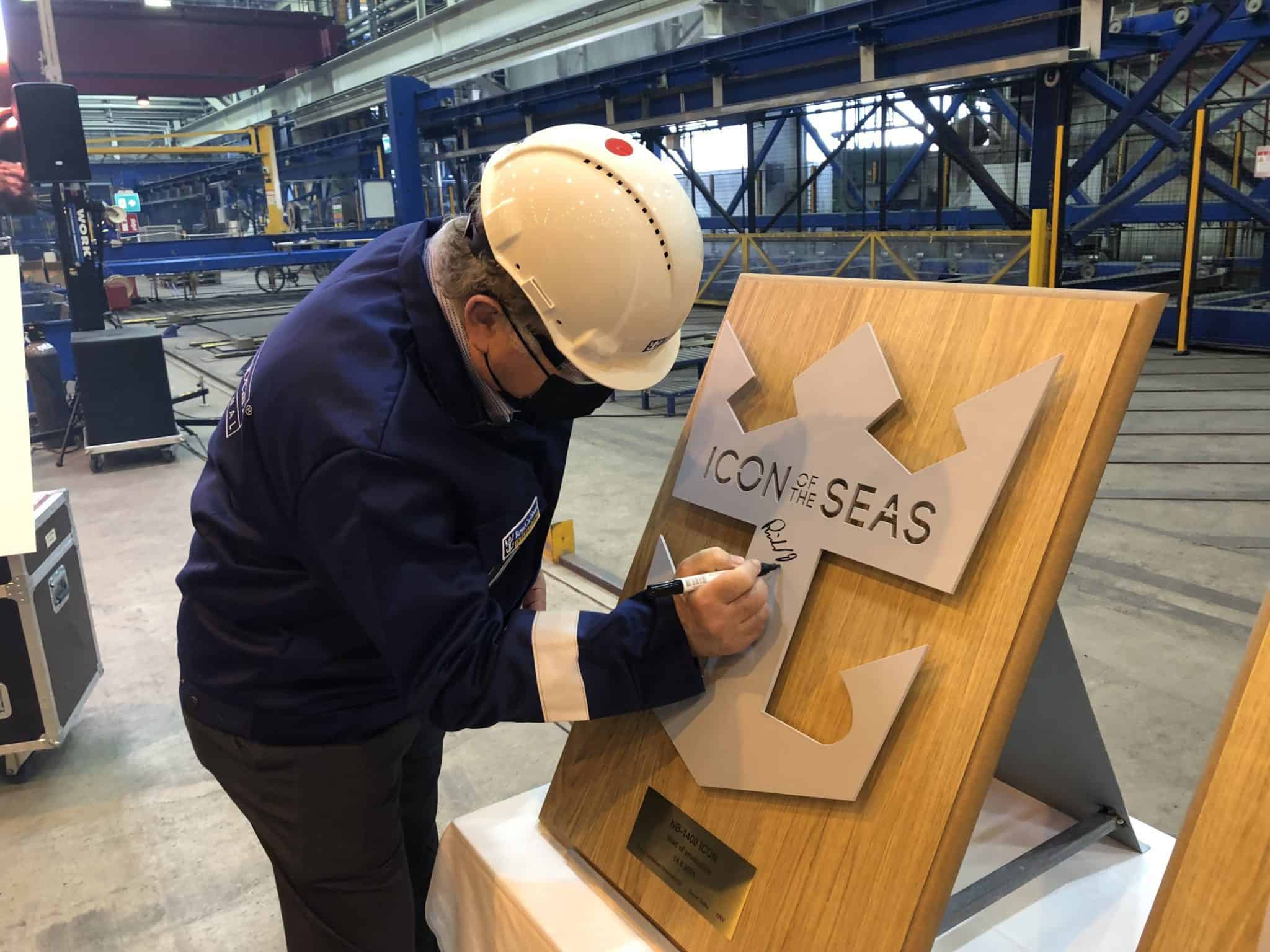 First announced back in 2016, Icon class has taken years to come to fruition. The first ship of the class was originally scheduled to be delivered in the second quarter of 2022.

As well as being powered by the cleanest-burning fuel currently available, Icon of the Seas will feature additional environmentally-friendly features, including shore power connection. It will also use fuel cell technology to produce electricity and fresh water. The line says these advances will boost energy efficiencies and reduce the ship’s carbon footprint.

“We made our commitment to making clean power at sea a reality – and soon the norm – when Icon Class was first announced in 2016, and we’re excited to see construction underway on what will truly be a ship unlike any other,” said Michael Bayley, president and CEO, Royal Caribbean International.

“Our decades of work in ocean conservation, energy efficiency and continuous improvement will be evident all throughout Icon. We look forward to revealing more of the game-changing features our guests and crew have in store as she begins to take shape.”

Bayley was in attendance at the event along with Richard Fain, chairman and CEO, Royal Caribbean Group, and Tim Meyer, CEO of Meyer Turku.

Few details about the Icon of the Seas’ features and amenities have been released to date. It is known that at 200,000 tons and approximately 5,600 berths, the Icon class ships will be bigger than Royal’s Quantum class ships but not as big as its Oasis class ships, which are currently the largest in the world.

In terms of the onboard experience, an Icon of the Seas Facebook page offers this brief teaser:

“Fully loaded from bow to stern, Icon dials up the wow-factor with unrivaled water experiences, next-level entertainment and adrenaline-pumping thrills for an unforgettable vacation.”