Yet another cruise line has announced its restart plans for voyages from the United States.

MSC Cruises plans to resume sailings from U.S. ports with two ships beginning in August. The announcement follows CDC approval of the line’s Phase 2A Port Agreements for PortMiami and Port Canaveral, as well as approval to conduct a simulated cruise. The simulated voyage will be held on MSC Meraviglia on July 17. 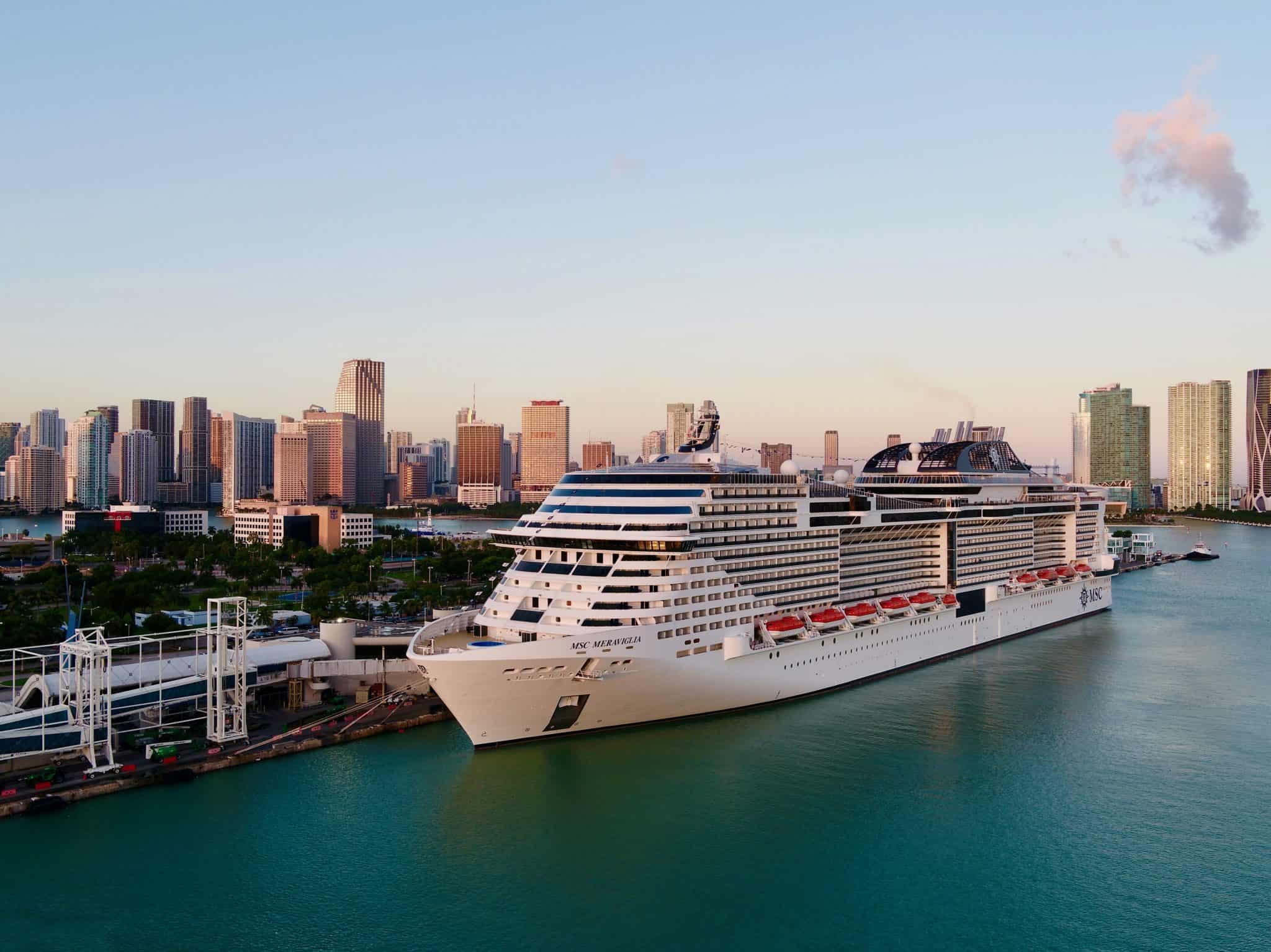 “After what has been a challenging period, we’re thrilled to say it’s finally time to cruise again. We are excited to be officially announcing our restart this summer from the U.S., and Florida in particular, as excitement is building for vacationers to get back to traveling and plan a much-deserved getaway,” said Gianni Onorato, CEO of MSC Cruises.

“We want to thank our guests and partners, as well as Governor Ron DeSantis and the State of Florida, Mayor Daniella Levine Cava and Miami Dade County, PortMiami and Port Canaveral port officials. and the CDC for their strong support in bringing cruising back to the U.S. so we can get back to doing what we do best, providing our guests incredible and enriching vacations at sea.”

MSC’s new itineraries from the U.S. will be on board MSC Divina and MSC Meraviglia. Bookings for both ships will open on June 16.

MSC Meraviglia will kick off MSC’s restart in the U.S. starting August 2, with three and four-night cruises from Miami to the Bahamas. Each sailing will include a visit to MSC’s private island, Ocean Cay MSC Marine Reserve.

Starting September 18, MSC Meraviglia will add seven-night cruises from Miami to the Bahamas and Caribbean, also including a stop at Ocean Cay.

MSC Divina will resume voyages from Port Canaveral on September 16, offering three, four, and seven-night cruises to the Bahamas and Caribbean. These sailings will stop at Ocean Cay as well.

“With our vast experience cruising in Europe since August 2020 along with our industry-leading health and safety protocol, our guests can book with confidence knowing we are well prepared for a successful restart in the U.S.,” said Rubén Rodriguez, president of MSC Cruises USA.

He added that the line, along with the state of Florida and local government and port officials, has been involved in a successful fleet-wide crew vaccination program. He added that MSC expects many guests will also be vaccinated, and said that “the rapid distribution of vaccines in the U.S. has been a positive step toward helping vacationers get back to traveling, and we encourage our guests to take advantage of this added layer of protection when resuming travel this summer.” 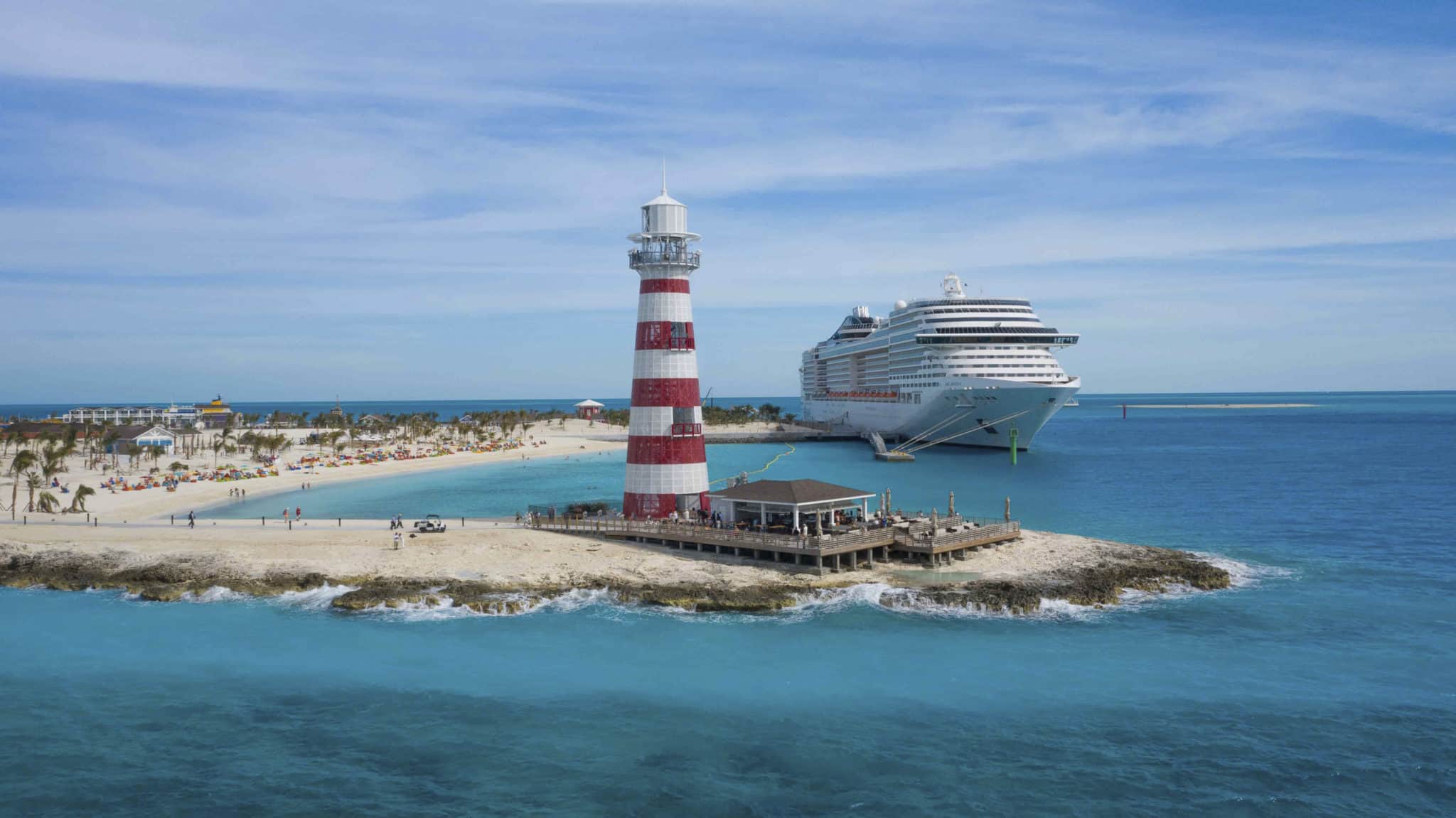 Despite the encouragement, these voyages — like the ones in Europe — will not require guest vaccinations. Those who aren’t vaccinated or are unable to verify vaccination will be subject to requirements such as additional testing, as well as some other restrictions that will be announced at a later date.

Also in today’s announcement, MSC confirmed the cancellation of other scheduled U.S. based cruises.

The decision affects three ships based in Florida: MSC Meraviglia, Divina, and Armonia. These are the canceled sailings:

Those booked on now-canceled sailings can rebook on one of MSC’s first sailings from the U.S. on MSC Meraviglia or Divina, or on the brand-new MSC Seashore which arrives to Miami this November.

Those who have paid in full will be offered a 100 percent future cruise credit and up to $200 onboard credit, depending on the length of the original cruise.

The third option is a full refund, which can also be requested.