Ford Exits Rivian Board Ahead of Startup’s IPO

Ford Motor Co. has vacated its seat on the board of Rivian Automotive Inc. as the electric truck startup prepares to go public with an expected valuation of $80 billion.

Doug Power, Ford’s newly hired vice president of corporate development, stepped down from Rivian’s board last month. He had taken the spot held by Alexandra Ford English, great-great granddaughter of founder Henry Ford, who left Rivian in May when she became a director at her namesake company.

Rivian just began producing its highly anticipated R1T plug-in pickup, a competitor to Ford’s upcoming electric F-150 Lightning that is set to debut next spring. General Motors Co. and Tesla Inc. also have electric pickups coming in 2022 as the market for those models heats up. Rivian also has a lucrative contract and financial backing from Amazon.com Inc., which has ordered 100,000 electric delivery vans. 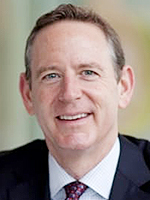 Ford has invested more than $820 million in Rivian, giving it more than a 5% stake in the California-based automotive startup, according to documents Rivian filed in advance of its public offering. The two companies canceled plans last year to jointly develop an electric vehicle for Ford’s Lincoln luxury line.

“This is still a strategic investment and we’re still working with Rivian to figure out a way to potentially collaborate,” said Ian Thibodeau, a Ford spokesman. “We had a board seat as Rivian was a private company, but as they go public, Ford won’t have a presence on the board.”

When Ford English joined Rivian’s board, she replaced Joe Hinrichs, Ford’s former automotive president who had left the company abruptly in a management shakeup. At the time, Rivian founder and CEO R.J. Scaringe praised Ford English for her “deep passion for mobility and electrification, and her connection to Ford’s long family role in transportation.”

— With assistance from Ed Ludlow.