The Federal Motor Carrier Safety Administration as of July 26 is accepting applications from motor carriers interested in participating in the agency’s Safe Driver Apprenticeship Pilot Program for 18- to 20-year-old truck drivers to operate interstate.

FMCSA said the program, announced in January, will allow a maximum of 1,000 carriers and 3,000 apprentice drivers to participate.

The initiative has wide support across the trucking industry, but concerns have been expressed by some carriers and trade organization that some of the data-reporting requirements could be overly burdensome and discourage small carriers from participating. 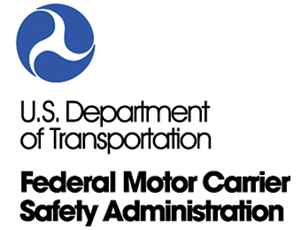 The pilot is open to 18- to 20-year-old drivers who already hold intrastate commercial driver licenses. It sets a strict training regimen for participating drivers, in-cab supervisors and motor carriers to follow.

Industry leaders are hopeful that the program will bring fresh talent to the truck driving ranks, and help mitigate a nationwide shortage of drivers. To date, drivers under 21 have been limited to intrastate operations.

FMCSA said it will monitor motor carrier and driver performance throughout the program to ensure safety.

The pilot includes two probationary periods — one for 120 hours and the other for 280 hours — and mandates specific vehicle safety technologies, including driver-facing cameras, be installed on trucks used by participants.

During the probationary period, drivers may transport goods across state lines only under the supervision of an experienced driver riding in the passenger seat. An experienced in-cab supervisor is defined as one at least 26 years old who has held a CDL, been employed for at least the past two years, has at least five years of interstate CMV experience, and has had no preventable accidents reportable to the agency or pointed moving violations.

The first probationary period must include at least 120 hours of on-duty time, of which at least 80 hours are driving time in a commercial motor vehicle.

During this period the motor carrier must ensure:

“An apprentice may drive a CMV in interstate commerce after the apprentice completes the 120-hour probationary period and the 280-hour probationary period; however, the apprentice is still considered to be participating in the Safe Driver Apprenticeship Pilot Program, and their safety performance must continue to be monitored by the employing motor carrier, including monthly safety performance reports filed with FMCSA, until the driver reaches the age of 21,” FMCSA said.

If at any time while participating in this pilot an apprentice is disqualified for a major offense, serious traffic violations, railroad-highway grade crossing violation or violation of an out-of-service order, they will be disqualified and removed from the program, the agency said.