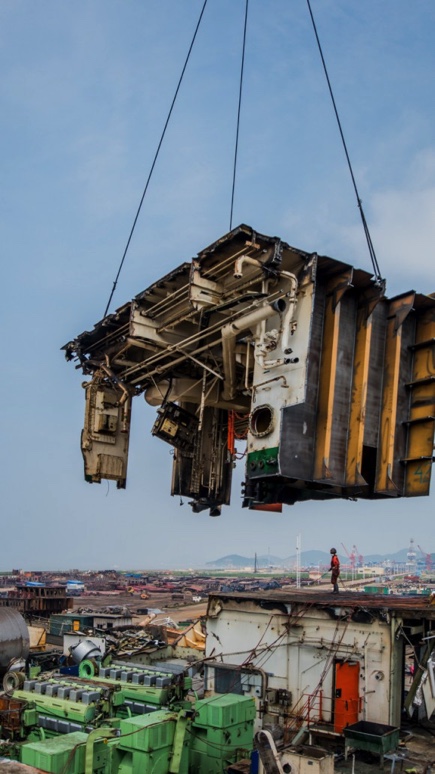 In Crowley’s case, the firm operates more than 160 commercial and public-sector vessels globally, including container ships, tank vessels, tugboats, and barges. According to the company, this move marks a step toward its ambition of becoming the most sustainable and innovative maritime and logistics solutions provider in the Americas by 2025.

“Ship recycling is a material issue for all shipowners – whether they own a vessel at the beginning or end of life, and regardless of geography, size, or type of vessel,” Andrew Stephens, executive director of the SRTI, said in a release. “Ensuring responsible, transparent recycling is a shared responsibility for the industry, and we are glad to welcome Crowley Maritime Corporation, which brings a unique perspective as a shipowner with a largely U.S.-Jones Act compliant fleet.”

Tracking the complete lifecycle of a ship has taken on growing significance in recent years as container lines continue to replace their older vessels with ever larger boats, such as Evergreen Marine’s 20,000 twenty foot equivalent unit (TEU) “Ever Given” ship that was infamously stuck in the Suez Canal in March and CMA CGM’s “Marco Polo” container ship, which weighed in at 16,022 TEUs when it became the largest ever to call on the U.S. East Coast in May.

As each new generation of jumbo boats replaces the last, those smaller ships are sent to the junk heap, also known as “ship breaking yards” where they are cut into smaller pieces to recycle their metal hulls under working conditions that are often criticized by labor groups. In contrast, the SRTI says its approach offers a voluntary, market-driven way to support responsible ship recycling practices through transparency; and subsequently to inform decision-making and create fair competition across the shipping industry.

This week, we became the first U.S. ship operator in the Ship Recycling Transparency Initiative (SRTI), embracing the sustainability for the total life cycle of a vessel. Read the news here: https://t.co/kPaO8wLLFc pic.twitter.com/tzd9rTQ20j