Consortiums: No Need to Take the Leap Into Alternative Fuels Alone 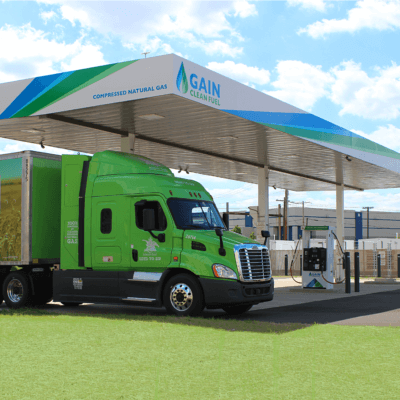 You’ve decided that integrating clean, alternative fuel within your fleet makes sense. Now – you’re sifting through the “where to fuel” dilemma, likely penciling out several options and configurations to see what makes the most financial sense.

Many large fleets enlist the help of a fueling provider that can help ease the up-front financial burden of a new station build. These fueling providers take on capital expenditures that are later passed back to fleets though a per-gallon charge throughout the fueling contract term.

But what if you can’t absorb a higher per-gallon fee to cover infrastructure costs? Perhaps you’re only transitioning a portion of your vehicles to alternative fuel, testing the waters to prove out the success before deploying further. Or maybe you have a smaller fleet to start with. In either case, you may need the lowest per-gallon fee possible.

This is where consortiums come into play.

While many fleets view the volume requirements of a new fueling or charging station to be their sole responsibility, that isn’t the case. Through consortiums, companies can work together to pool their volume – subsequently pushing more fuel through a shared site.

Thanks to higher volumes at a single fueling location, participating fleets will obtain a significantly lower per gasoline gallon equivalent (GGE) cost – especially compared to the benchmark cost per GGE for a single, smaller organization. By spreading the investment among a collective of users, more fleets can justify the transition to alternative fuel and reinvest their fuel savings to purchase or upgrade their current vehicle technology.

Consortiums allow more fleets to get started with alternative fuel and enable future growth. Today, most fueling or charging stations offer a single fuel/energy source, but this will need to change as more fleets test emerging technologies like electric and hydrogen as part of a poly-fuel approach. Consortiums enable diversified growth through the ability to aggregate volumes and offer stations with multiple fuel types.

As individual fleets within consortiums grow to include more vehicles, resulting in greater fuel volume, the need arises for additional fueling stations. With fleets now able to justify owning their own station(s), consortiums can break apart to build out a network of proprietary fueling stations – giving way to an extensive network of strategically located fueling stations. However, while some organizations will stay together and others will disband, the growth that follows is all thanks to consortiums, which enabled fleets to enter the market at a reasonable, affordable cost.

Consortiums can help fleets justify a transition to alternative fuels – but, they aren’t the only solution. Whether leveraged separately or in conjunction, significant grant funding is available in various regions in the U.S. Relative to alternative fuel supply and infrastructure builds, fleets can further leverage available funding to offset an infrastructure development project.

To find out what funding opportunities are available in your region or to learn how your fleet can leverage consortiums to get started with alternatives, reach out today.

Scott Hanstedt is director of sales with U.S. Gain, a company focused on the development and distribution of alternative fuels for the transportation market.