Cheap Singles Vacations-Undiscovered Europe: While there are many solo travel deals with no single supplements or low single supplements, the travel industry offerings in general are still priced based on couples and pairs.

The greatest disparity takes place when advance cruise deals give couples a fifty percent discount. So a $5,000 vacation package with a fifty percent single supplement means that single travelers would pay $7,500. However, if the tour operator offers advance sales promotions with “two-for-the-price-of-one” couples/pairs each pay $2,500 per person. In that case, a solo traveler would have paid three times as much.

Beyond surcharges for single travelers, travel prices are largely driven by supply and demand.  As a result, one key way to find cheap solo travel deals is by finding destinations off the beaten path. 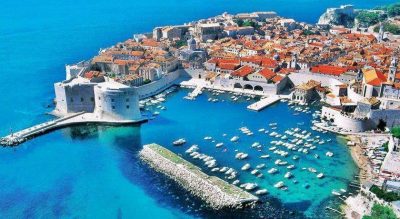 Cheap Singles Vacations-Undiscovered Europe: Here are five such “hidden” European vacation spots for traveling alone. Travel more and paying less. (Sample lodging prices were selected from our relationship with Booking.com. To link to their one million plus lodging deals, you can search two ways: 1. Use the search box on our Home Page at SoloTrekker4U.com. 2. Go to our free solo travel search tool at SoloTravelPricingTracker.net.) 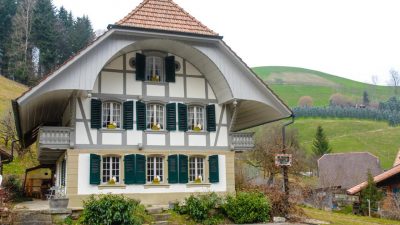 Why take your solo vacation there?

Things to Do as a Solo Traveler-Switzerland:

Includes top sights and activities by a local resident in “Lost in Switzerland”.  See a few of those items from his bucket list set out below:

– Find out why the number “11” has a special meaning for the town.

-Join a pilgrimage to Verenaschlucht.

-Take a day-trip to Burgaeschisee.

-Join the town’s anniversary celebration as it starts a new millennium.

Cheap Lodging for a Singles Vacation in Switzerland:

Switzerland can be very expensive. So finding an enchanting Swiss town with lodging for every budget can be hard.

This is what we have found:

Cheap solo travel vacation lodgings: A single dorm room in youth hostels in Solothurn can start at $50/night in Nov.

Luxury solo travel: There are also multiple higher-end lodgings offered at about $350/night. The Old Town, in general, can be pricey if you are traveling alone and looking for historic charm coupled with modern conveniences. 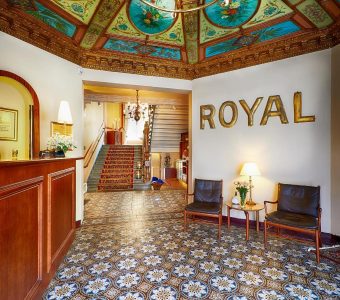 Why take your singles vacation there?

Things to Do Traveling Alone in Gothenburg:

Luxury Solo Travel at a Budget Price: Hotel Royal, a single room starting at only $97. 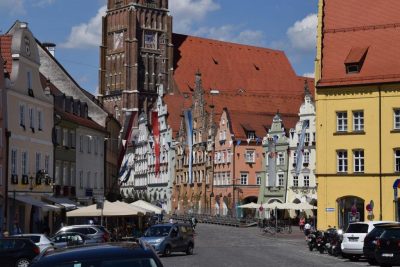 Why Travel Alone to Landshut?

Landshut, Bavaria, Germany is a charming town of 70,000 on the River Isar.

While surrounded by modern buildings, the center has retained its medieval character dating to the 1200’s. It also has retained much of its Renaissance and Baroque architecture. (See detailed Landeshut history from the 13th century.)

Things to Do and See in Landshut:

Step back into medieval life:

To learn more, check out:

15 Best Things to Do in Landshut.

For another view, see:

7 Best Things to Do in Landshut.

Enjoy a change of pace:

The best of both worlds: It is a brand new hotel opened in 2018. However, since it is located in the Old Town, its rooms are styled after  medieval or nature themes. 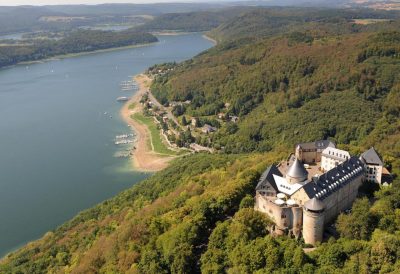 Why  Take Your Solo Vacation in Bad Wildungen?

Bad Wildungen is a small town with a limited number of tourist attractions. However, if you are ready to get away from your hectic life, look into taking a short solo vacation in this local wellness center or spa.

Bad Wildungen has long been known as a spa venue. It is located in the German state of Hesse. Like most of Germany and Europe, in general, its history dates back hundreds of years having been prominent in the Reformation. One of its leading landmarks is an Evangelical Church dating back to 14th-century pre-Reformation times.

Singles Vacations Traveling Alone in Germany-Bad Wildungen: Things to See and Do:

Start by touring the Stadtkirche. It is particularly known for its Niederwildungen Altarpiece and early German painting.

Visit the Schloss Friedrichstein. While planned in the 17th-century, it was not completed until the early 18th-century leadership of  Prince Friedrich Anton Ulrich zu Waldeck.

Take in a concert at the Wandelhalle.

Explore the past in both the History and Natural History Museums.

Relax in hot springs and spend a half-day in a local spa, Quellen Therme.

Enjoy a day canoeing or fishing.

Try your hand at improving your golf score.

Starting at $48: 9 Miles from Bad Wildungen in  Fritzlar:

Ferienwohnung Oliver: This small apartment with private bath has free Wi-Fi and access to barbecue facilities.in the on-site garden.

Luxury Solo Travel-4-Star Hotels at a Range of Prices: 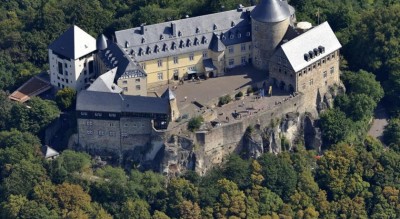 Schloss Waldeck: This 4-star hotel stands on a hilltop providing impressive views of the countryside below. Its history dates back to the 11th-century when it was actually home to a local knight.

When I travel to Europe, castle hotels are my top choice. They give the feel of Old Europe combined with 21st-century conveniences. While they tend to be outside major urban areas in the countryside, even top castle hotels tend to cost less than hotels of equal quality in large cities in Europe.

The Waldeck Castle Hotel has elegant guest rooms with a choice of views of Lake Edersee or the surrounding nature parks. There is on-site fine dining restaurant and a spa. 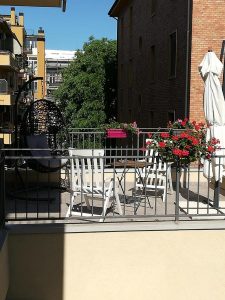 Why Go to Bologna as a Solo Traveler?

It is true that Bologna is not “undiscovered”. However, we included it in our five options since it is not on the typical tourist itinerary through Italy. Although Rome, Florence and Venice dominate the bucket list for most vacationers coming to Italy, Bologna has much to offer. As the capital of  Emilia-Romagna region, it is best known as the country’s center for world-famous cuisine from pasta to meats, gelato and elaborate desserts.

It is close enough to make it a day trip from Venice or Florence.

Bologna’s history dates back 3,000 years to the Bronze Age. For tourists though, its medieval history will be most evident today. There are countless porticos to stroll through and still intact ancient churches and public buildings to visit.

What Can You Do on a Solo Vacation in Bologna?

Recommended by The Crazy Tourist: (To learn more: See their complete list of Top Attractions in Bologna.)

For a different take, check out Tourist Secrets-Bologna, and its recommendations:

Be sure to ask for a room with a terrace, a microwave and coffee machine to go with the kitchenette. All guest rooms have free Wi-Fi, a flat-screen TV and a private bathroom.

Earn Income on Travel as a Digital Nomad