Because of its location on the Arabian Gulf, Abu Dhabi is one of the top tourist cities in the Emirates. The capital of the United Arab Emirates, Abu Dhabi, is a well-organized metropolis. Spend at least 24 hours exploring the region’s most popular attractions. 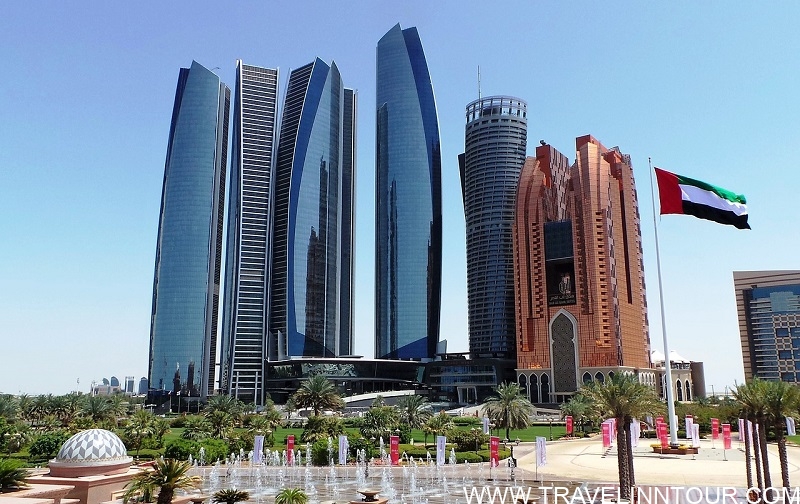 It is simple to travel to Abu Dhabi from countries on the Green List, including Saudi Arabia, Morocco, Singapore, Iceland, New Zealand, Russia, and Australia…, so tourists do not have to adhere to preventive quarantine upon arrival, taking into consideration that citizens from countries not on the Green List must spend the 10-day quarantine period and undergo a PCR exam.

Download the “Al Hosn App” and get a free PCR test at the airport. It is not permissible to depart the hotel until 24 hours after the negative result has been received.

The village displays the ancient heritage life of Abu Dhabi residents, which includes Bedouin life from tents and fire stoves on which Arabic coffee is made and others. The village includes many open museums and old workshops as well as stores for traditional handicrafts, spices, and herbs, and it is considered one of the most important places of tourism in Abu Dhabi.

As for its design, it commensurate with its content that suggests the ancient civilization and heritage, and as soon as you set your eyes on it, you will not be able to go without visiting it. It was built to reflect the life, environments, and conditions in which they lived in the past, in order to preserve the authentic Arab heritage and to remain the pride of the citizens of the Emirates. 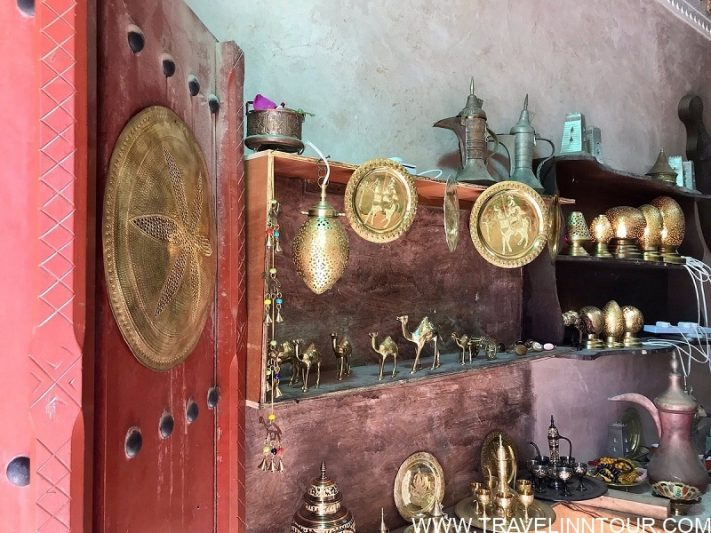 There’s a child’s playground, swings, and restaurants, and the village is located on the Abu Dhabi Corniche, and a weekly heritage festival is held with various entertainment shows at the end of each week.

It is imperative to visit the Sheikh Zayed Mosque, 20 minutes drive from the Heritage Village, which is one of the largest mosques in the country, and the largest architectural works that mix between the Islamic religion and the various cultures of the world. Sheikh Zayed bin Sultan Al Nahyan, may God rest his soul, the founder of the United Arab Emirates, had ordered the construction of this Grand Mosque to integrate different schools of Islamic architecture and celebrate cultural diversity by creating a welcoming and inspiring haven.

British, Italian, and Emirati engineers worked on the construction of this mosque, whose ideas were inspired by Pakistan, Morocco, Egypt, and other Islamic countries, and the result was an impressive architectural masterpiece.

The largest carpet in the world covering the floors in the interior of the mosque, with an area of ​​about 5,600 square meters, and a total weight of 47 tons; 35 tons of them were wool and 47 tons of them were cotton yarn. 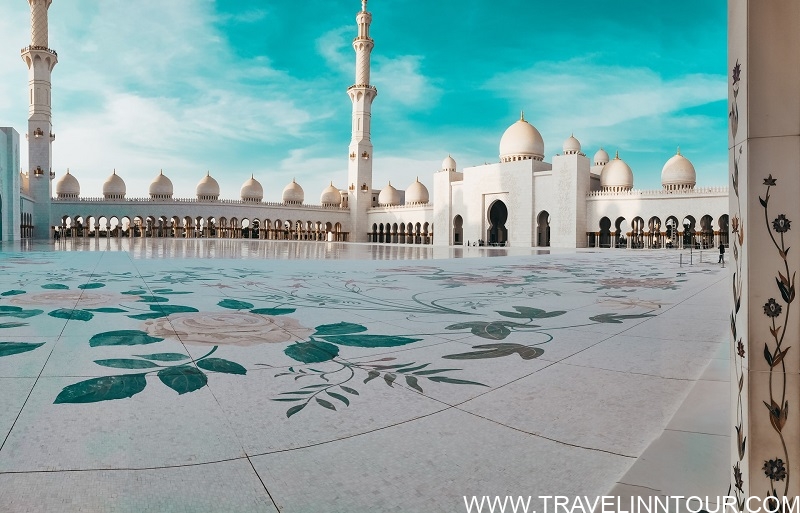 There are free guided tours available, or you can visit the mosque at any time except during prayer hours, as well as see Sheikh Zayed’s tomb.
After that, lunch can be taken in many restaurants available in the area. 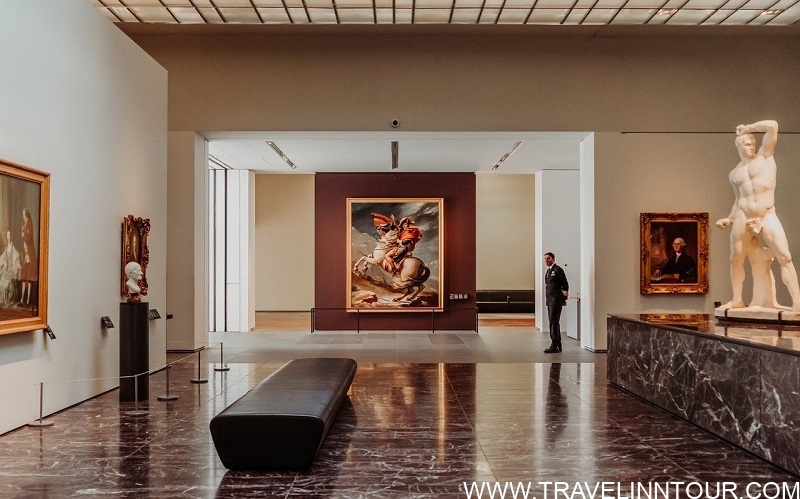 It is recommended to visit the Louvre Museum Abu Dhabi, located on the island of “Yas”, which is the second branch of the “Louvre” museum in Paris. It contains distinctive paintings, antiques, and ancient structures in its sections, which each section tells about a specific history, the building of the Louvre in Abu Dhabi is an architectural masterpiece.

Yas Island is one of the entertainment and tourist destinations full of artistic and entertainment attractions, and it has ideal weather all year round, which makes it more suitable for tourism and recreation. Yas Island is about half an hour away from the heart of Abu Dhabi by car; Therefore, it is one of the easiest areas to visit there, as it is located close to the Louvre Abu Dhabi Museum and the Sheikh Zayed Grand Mosque, and Yas Island is also home to many attractions, including Warner Bros World, a branch of Disneyland in the United Arab Emirates, Yas Marina, and Marina Circuit. Yas or as it is known as the Marina Circuit, in addition to Yas Waterworld (Water World) and also the famous Ferrari World.

Ferrari World in Abu Dhabi is the first amusement park of its kind that narrates the events of the Ferrari story in detail in an enthusiastic way that inspire visitors through 20 educational games and more, as it is one of the most attractive theme parks in various interactive aspects, and it also shows throughout it original Italian wonderful restaurants, there are games that suit different age groups as well as activities.

On Yas Island, the sprawling world of Warner Bros is dedicated to the heroes and villains of cartoons, movies, and comic books, with games that revolve around these characters, which attract families who include children and teenagers who yearn for distinctive games that combine 4-D interactive content with excitement and challenge.

Qasr Al Hosn, also known as the Old Fort or the White Fort, is the oldest building in Abu Dhabi and one of its important historical landmarks. It was built in the year 1793 as the residence for the ruling family and the seat of government. The interior of Al Hosn Fort has undergone modernization and is currently in use as a museum that traces the history and culture of Abu Dhabi, with many historical photos on display. The courtyard and the impressive tiling work above the main north gate are notable features.

These are some of the best day tour destinations in Abu Dhabi that you can visit In 24 hours by managing your time. Please do comments and share if you like this article? 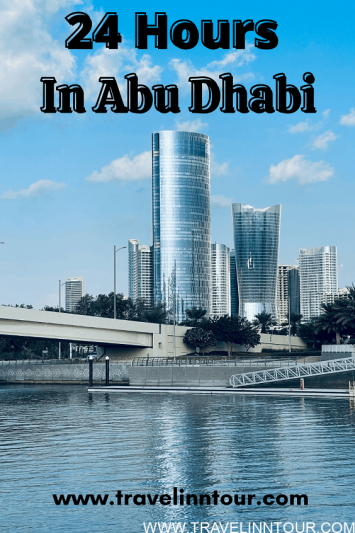 Bhedaghat- The beauty of marbles