2022 Is Just around the Corner — Utah Shakespeare Festival 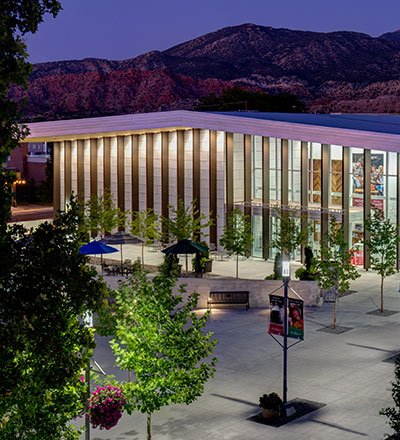 Cedar City, UT—Tickets for the 2022 season of the Utah Shakespeare Festival are on sale, and it’s not too early to be planning for the sixty-first year of the Tony Award-winning theatre company.

The 2022 season will feature eight plays from June 20 to October 8. In an effort to make it easy for loyal Festival guests to order their tickets well in advance, tickets are now on sale online at www.bard.org, by phone at 800-PLAYTIX, or at the Ticket Office near the Anes Studio Theatre.

“The lineup of shows for the 2022 season is an exciting mixture of Shakespeare, two beautiful musicals (including one outdoors for the first time ever), and magnificent contemporary plays,” said Executive Producer Frank Mack. “Festival audiences will be absolutely delighted with this combination of great shows.”

In the Engelstad Shakespeare Theatre

All’s Well That Ends Well
By William Shakespeare
Although the king forces the young Count Bertram to marry orphaned Helena, he cannot make him love her. Only by completing an impossible task can Helena win that affection. But Shakespeare, in one of his famous “dark” comedies, once again shows us that, impossible task or not, callow youth is no match for true love and a determined woman.

King Lear
By William Shakespeare
Deluded by lies and flattery, old King Lear has sorely misjudged his daughters, placing himself into the cruel hands of his two ambitious daughters and spurning the youngest, the one who truly loves him. Only when alone and driven mad on the English heath, does he realize his epic mistakes in Shakespeare’s stormiest tragedy.

Sweeney Todd
By Stephen Sondheim and Hugh Wheeler
Sweeney Todd, an unjustly imprisoned barber, escapes and returns to nineteenth-century London, seeking vengeance against the lecherous judge who framed him and ravaged his young wife. The road to revenge leads Todd to Mrs. Lovett, a resourceful proprietress of a failing pie shop, above which he opens a new barber practice. Mrs. Lovett’s luck sharply shifts when Todd’s thirst for blood inspires the integration of an ingredient into her meat pies that has of London lining up—and the carnage has only just begun in this dark and delicious musical!

In the Randall L. Jones Theatre

The Sound of Music
Music by Richard Rodgers
Lyrics by Oscar Hammerstein II
Book by Howard Lindsay and Russel Crouse
Maria, too exuberant to be a proper nun, is sent to the Von Trapp family as a governess for seven unruly children. There she teaches the children to sing and Captain Von Trapp to love, only to have the singing family hounded by the Nazis when they invade Austria. Known and loved the world over, The Sound of Music reminds us that with high-spirited hope, heartfelt compassion, and unwavering determination, life’s mountains can always be climbed.

Trouble in Mind
By Alice Childress
It’s 1957 in New York City, and Wiletta May—an African American actor in rehearsal for a new Broadway play—doesn’t intend to cause trouble.  But this time, the writer has gone too far, and, well, Wiletta rebels against one more stereotypical role in a “well-meaning race play.”  Will the other African American actors join in her fight against the improbable play-within-a-play, or must she fight alone?  The stakes are high, but this satire of backstage drama and racial tropes will make you both laugh and stop to think.

It’s a dark and stormy night, and you’ve been invited to a very unusual dinner party. Each of the guests has an alias, the butler offers a variety of weapons, and the host is, well . . . dead. So whodunnit? Join the iconic oddballs known as Scarlet, Plum, White, Green, Peacock, and Mustard as they race to find the murderer in Boddy Manor before the body count stacks up. Based on the cult classic film and the popular board game, Clue is a madcap comedy that will keep you guessing until the final twist.

In the Eileen and Allen Anes Studio Theatre

The Tempest
By William Shakespeare
Teeming with fairies, monsters, shipwrecks, and magic, The Tempest is Shakespeare’s last and most imaginative romance. The deposed Duke Prospero and his lovely daughter, Miranda, are shipwrecked on a small island where nothing is quite as it seems. But as they separate fantasy from authenticity, they eventually discover a “brave new world” of love, harmony, and redemption.

Thurgood
By George Stevens Jr.
Meet Thurgood Marshall: Lawyer. Civil rights activist. The first African American Supreme Court justice. In this acclaimed play, you witness as Marshall tells stories from his life and his transformation from a young and spirited dissenter to a pensive justice full of wisdom. From his early days as the civil rights lawyer to his appointment to the highest court in the land, Thurgood Marshall stood for justice while lifting the standing of his race and all Americans.

“The 2022 season is a season centered on survival in the wake of cruelty. It exemplifies our enduring human spirit to move forward with strength, determination, and resolve,” said Artistic Director Brian Vaughn. “Three Shakespeare offerings, two musicals (indoor and outdoor), and three humorous and profound contemporary plays, combined with nightly Greenshows, play seminars, and orientations, make for an exciting 2022 that audiences won’t want to miss.”